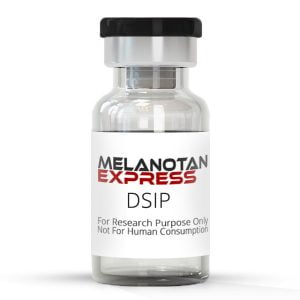 The Swiss Schoenenberger-Monnier group initially discovered delta-sleep-inducing peptides from the cerebral venous blood of rabbits in an induced state of sleep in 1974. It was thought to play a role in sleep regulation because of its capacity to produce slow-wave sleep in rabbits, but research on the subject has been mixed.

After its initial discovery, scientists discovered DSIP peptide in the human hypothalamus, pituitary gland, limbic system, body fluids, tissues, body, and peripheral organs. DSIP is also common in secretory cells in the stomach and pancreas, interacting with the glucagon hormone.

DSIP is a neuromodulator and peptide that has been investigated for its sleep-promoting and physiological activities in the body. DSIP is a protein that naturally arises in the brain and may easily cross the BBB (blood-brain barrier).

It can have a direct favorable effect on the brain and entire body when it crosses the BBB to:

To induce sleep, DSIP can target multiple brain sites. The effects of enzymes do not denature this peptide, and it is easily absorbed in the human gut. DSIP has a beneficial effect on human circadian rhythm regulation. This peptide is found in low concentrations in the bodies of patients suffering from depression and schizophrenia.

Scientists have been investigating the effects of this peptide on humans since its discovery. According to a study, DSIP is an effective treatment for sleep disorders. Other than sedatives, DSIP is a sleep-promoting drug. DSIP alters the problematic area of the brain to manage the sleeping cycle, rather than just inducing sleep like sedative drugs. Moreover, Drug tolerance or resistance is not caused by DSIP. As compared to other sleep medications, DSIP dosages are always safer

According to a study, the DSIP peptide can moderate or reduce convulsive activity in the cerebral cortex and foci after delivery. DSIP can help to avoid convulsions by influencing the substantia nigra (reticular part) to act as an anti-convulsant.

Furthermore, this article does not contain any information that will encourage the readers to consume or advertise DSIP peptide. We do not condone any advertisement of any supplement or drug that the FDA has not approved. Melanotan Express insists that no product should be ingested under any circumstances.

Where to Buy DSIP?

Melanotan Express offers DSIP for sale with at least 99% purity. If you are looking to purchase DSIP Peptide for research purposes, visit Melanotan Express, one of the leading suppliers of the USA SARMS and peptides for sale online: