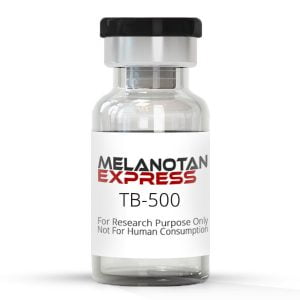 TB 500 is a synthetic analog of Thymosin Beta 4, which is a naturally occurring peptide.

Thymosin Beta 4 is present in almost all the body cells of mammals, and it functions as a healing protein. LKKTETQ with acetylation at the N-terminus is the essential component of the TB-500.

According to the studies, TB-500 is effective for angiogenesis (development of new blood vessels), development, and differentiation of the new cells. It also causes the migration of the newly formed cells. (1)

Other Names of the Product 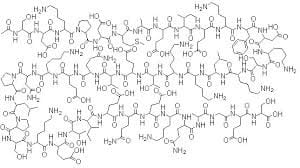 The other names of the TB-500 are Thymosin Beta 4, Timbetasin, and Tβ4

How was TB 500 peptide discovered?

Allan Goldstein discovered Thymosin initially in the 1960s. He made this discovery when he was at the laboratory of Abraham Albert at the Albert Einstein College. After his discovery, he made it into a company that synthesized two Thymosin products; Thymosin Alpha 1 and Thymosin Beta 4. Synthesizing these two forms of Thymosin was to enhance the immune system and tissue regeneration process.

The therapeutic effects of the TB-500 are due to its ability to bind actin G, a cell-building protein. It attaches to actin G and causes cell migration and differentiation, leading to new vascular growth and tissue regeneration. It also acts as a buffer for the actin existing in monomers. (2)

Applications of TB-500, The Results of Clinical Trials.

Clinical studies on the mice and rats have shown that using the gel of TB-500 on long-standing pressure and diabetic ulcers speeds up the healing process. (3) TB-500 promotes healing in two main ways; by promoting increased differentiation of the stem cells and inhibiting the process of inflammation. The increased differentiation of the stem cells causes regeneration of the cells and new vascular channels, and reduced inflammation causes less tissue destruction at the wound site. In addition, the formation of the new blood vessels is required to provide oxygen for newly growing tissue. The inhibitory effect of TV-500 on apoptosis and infection at the wound site has also been observed. (4)

2: To Enhance the Function of Neurons

Apart from its wound-healing effect, the TB-500 has also been implicated in enhancing neurological functions. A research study on rats with a traumatic head injury was conducted to evaluate the efficacy of the TB-500 in improving neurological processes. There was a significant improvement in the activity of the treated rats’ cortical neurons compared to the rates used as a control. Thus, the experts have concluded that TB-500 can control people’s behavior with CNS orders to some extent.

4: Use of TB-500 for Development of Cardiac Valves

It is hypothesized that TB-500 has some involvement in the formation and development of the heart valves in the vertebrates. The involvement of the TB-500 in the development of cardiac valves was investigated initially by a study on the Zebrafish. In this study, the endothelial and mesenchymal transformations were studied in the endocardial cushions. There was a defect in the development of the cardiac tubes in these Zebrafish. When recorded after 48 hours of the fertilization, these Zebrafish also had a flaw in developing the cardiac valves. The level of different forms of Thymosin was also monitored in a model of in situ hybridization. The study results conducted on a model of in situ hybridization revealed the naturally occurring form of TB-500 peptide at the site where the heart is developing. The naturally occurring form found at the site of the developing heart was Thymosin Beta 4. That study concludes that TB-500 has an essential role in developing heart valves; it plays this role by enhancing endocardial to mesenchymal transformation. (6)

The data provided in this article about TB 500 has been written to provide knowledge for research purposes only. The article is specifically designed to provide information about TB 500 rather than giving instructions about the use of TB 500. Furthermore, there has been no mention of the route of administration or dosage of the peptide TB 500. The information provided in the article has been collected from different published researchers by a group of expert researchers keeping the medical protocols in view.

Furthermore, this article does not contain any information that will encourage the readers to consume or advertise TB 500 peptide. We do not condone any advertisement of any supplement or drug that the FDA has not approved. Melanotan Express insists that no product should be ingested under any circumstances.

What is SR9009? Research Guide