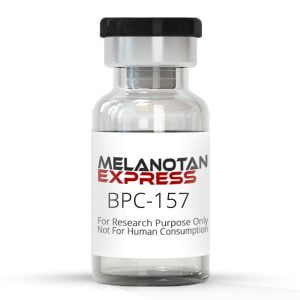 According to its molecular formula, BPC contains 98 atoms of hydrogen and 62 atoms of carbon. It also contains 16 atoms of nitrogen and 22 atoms of oxygen.

The molecular formula of BPC is C62-H98-N16-O22 which has a molecular weight of 1419.5355 g. The nucleotide sequence for BPC is GEPPPGKPADDAGLV.

BPC contains a partial body-protecting compound sequence of 15 amino acids. BPC 157 was first discovered from the human body. It was separated from the gastric juice, which contains the enzymes to digest the food in the stomach.  Later on, it was found that BPC 157 is exceptionally beneficial to boost the wound healing process. It also accelerates the healing of ruptured tendons such as the Achilles tendon.

Mechanism of Action of BPC 157

BPC is taken either orally or subcutaneously. Irrespective of the route of intake, it reaches the circulation and then to the site of injury. The particular movement of BPC 157 towards the injury site is driven by some specific signaling molecules released from the body’s injured tissue.

Some effects of BPC on the injured tissue that have been observed are in the following section.

When a tissue regenerates after an injury, there is a need for increased blood supply.  A growth factor called vascular endothelial growth factor (VEGF) is released to increase the blood flow to the injured tissue. This VEGF causes angiogenesis or the formation of new blood vessels. BPC 157 is implicated in increasing the release and action of VEGF.

By increasing the VEGF activity, BPC increases the nutrient supply of regenerating tissue. The ultimate result is faster healing of wounds and ruptured tendons. This feature makes BPC 157 an excellent product for situations where there is a need to heal, repair or regrow the body tissues.

There is an extensive need for collagen synthesis during wounds and ruptured tendons because these structures contain collagen in them. BPC 157 causes upregulation of different growth hormones, leading to increased synthesis of collagen and other proteins. This subsequently results in faster healing of wounds and ruptures.

BPC 157 also increases the production of nitric oxide that causes dilation of existing blood vessels at the injury site. This vasodilation increases the blood supply of the injured tissue.

According to some researches, BCP 175 can act as a cytoprotection mediator. This helps in maintaining the integrity of the mucosa of the gastrointestinal tract. According to some controlled experimental studies, BPC 157 can be helpful in the treatment of periodontitis and lesions of the pancreas and liver.

Several animal studies show that BPC 157 exponentially fastens the repair of ruptured tendons such as Achilles tendons. Similar animal trials show that BPC can cause tissue regeneration in muscles after crush or cut injury. In animals, the treatment with corticosteroids slowed the healing of wounds. The administration of BPC 157 along with corticosteroids canceled out their wound healing hindrance effect.

The data provided in this article about the BPC-157 peptide has been written to provide knowledge for the research advancement. The article is specifically designed to provide information about the BPC-157 rather than giving instructions about the use of BPC-157. Furthermore, there has been no mention of the route of administration or dosage of the BPC-157. The information provided in the article has been collected from different published researchers by a group of expert researchers keeping the medical protocols in view.

Furthermore, this article does not contain information that will encourage the readers to consume or advertise BPC-157. We do not condone any advertisement of any supplement or drug that the FDA has not approved. Melanotan Express insists that no product should be ingested under any circumstances.

Melanotan Express offers BPC 157 for sale with at least 99% purity. If you are looking to purchase BPC 157 peptide for research purposes, visit Melanotan Express, one of the leading suppliers of the USA SARMS and peptides for sale online: